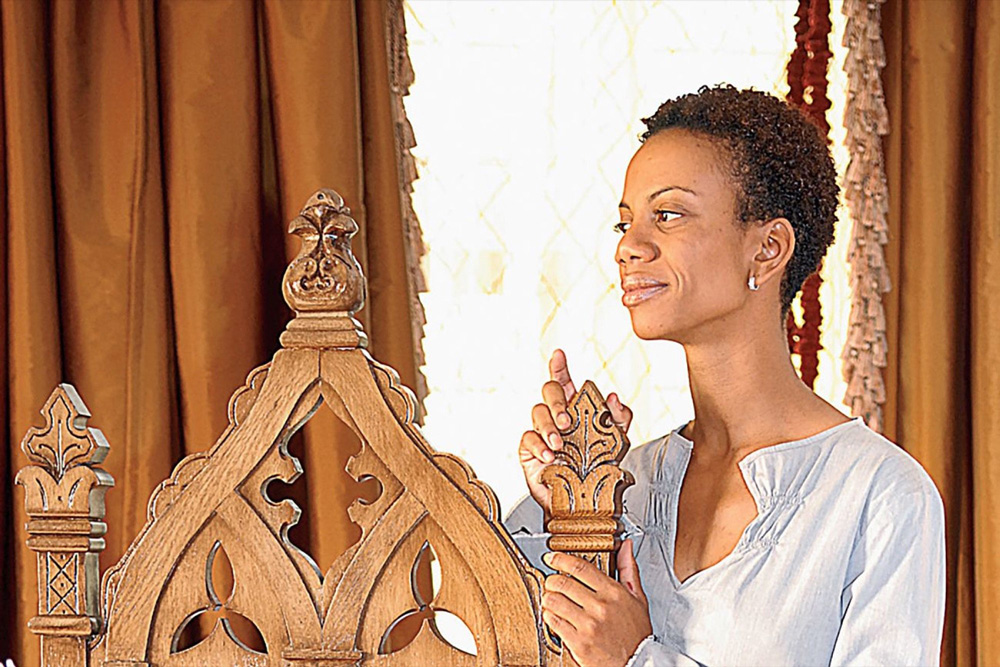 I remember Sunday mornings, growing up on the west side of Chicago: the streets quiet, the air still, my grandfather’s pocket change jingling while he opened the doors to his church. Reverend Johnnie Jackson was a Baptist preacher — rousing, animated and moved by the spirit. Whatever your troubles were, Reverend Jackson preached, if you remained steadfast and trusted God, everything would be taken care of. I am very proud of the stability and hope that he and my grandmother offered the community.

After moving away to Los Angeles in the mid-’90s, I enrolled in college and studied to become a pediatrician. I worked my way through school designing window displays for a home-goods store. One day a woman came in and told me that I was in the wrong business, that I needed to consider becoming an interior designer. Hesitant to abandon my dream of becoming a doctor, I took an introductory design class as an elective. I was hooked. It was a wonderful balance of science, art and ingenuity, and it spoke to my passion for helping people. I learned everything I could about the business, and in 1997, with help from a $100 Christmas gift, I opened my own firm, Decor Interior Design.

A decade later, in 2007, a year after my grandfather passed away, I was home visiting my parents. My father, my uncle and I went over to his church. It had fallen into disrepair. When I say “fallen,” I mean it literally. The floor had caved in, so whatever had been in the church was now in the basement.

As I scanned the room, I noticed a wooden acorn sticking out of a pile of wreckage. I couldn’t make out what it was. My uncle climbed down to investigate. It was my grandfather’s pulpit chair; a pair of them. We hoisted them up and out of the hole in the floor. They were mangled, barely standing. But they inspired an idea.

At the time, I had been selected as a featured designer for the Beverly Hills Greystone Mansion showcase house. This was a big deal, an opportunity to demonstrate my talent to a wider audience. I believed the chairs could be a meaningful addition to my design. I packed and shipped those bad boys to California as fast as I could to have them restored, and I used them. They added such grace to the showcase, and I was proud to display a piece of my family’s legacy for the whole world to see.

Today the chairs have a special place in my home, where I can share memories of my grandfather, my grandmother and my father with my sons. Our family culture has always been about helping people, pushing through obstacles, having confidence and resiliency. My personal and professional lives have been a testament of that. Decor Interior Design is in its second decade and going strong. When times get tough, sitting in those chairs centers me. I hear my grandfather’s encouragement to be a Proverbs woman. He’d say, “Everything that you put forth with hard work and faith in God will be blessed.”